My mother-in-law loves to grow plants. We are staying in a flat where we have a small balcony where she has grown different types of plants in pots. For soil she used to go to some areas where some kind of work was going on, and where soil had to be dug up, or she bought it from some person owning a nursery and selling soil (which is very rare).

That’s where I step in, as an agricultural graduate, I decided to put my skills to work. I decided to buy soil online. I turned to amazon for help. I asked amazon to search for soil and it gave me potting mixture.

Basically it consists of Coir Pith, Vermiculite which helps to absorb moisture and nutrients and release them slowly when the plants require it. The mixture also has some fertilisers along with these two components.

Okay so why am I explaining about potting mixture, when I am supposed to explain the procedure of compost making? Okay so here goes..

Place a plastic bag in the box in order to avoid dampening of the box.

Then add a layer of all the waste products. My father-in-law offers flowers while praying to God. He doesn’t throw the flowers, instead just put them in a bucket in the balcony. So I used those flowers for preparing compost. Majority were flowers, but, I also added some orange peels, banana peels. You can add any organic waste. Its even better if dry. If you have liquid waste you can use it to sprinkle on the mix (instead of/along with water)

Add another layer of potting mixture. and again a layer of waste if remaining. Let the final layer be some soil.

If you have some microbes to decompose the wastes, you can use them. I used the daily dump compost microbes for making my compost. I added a small quantity (a tbs) to every layer. 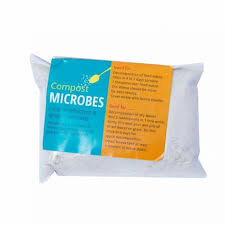 I sprinkled some water on top. You can also mix the microbes in water and sprinkle it on the compost mix.

Cover the compost with a plastic bag.

I covered the compost and forgot about it for nearly 5 months. Finally after 5-6 months when I removed the plastic cover, it was so beautifully decomposed. The smell of the compost proves that it is ready. At least I could understand by the smell. The typical compost smell comes out of it. I added it to the pots containing plants and the plants started using the nutrients from the compost very efficiently. 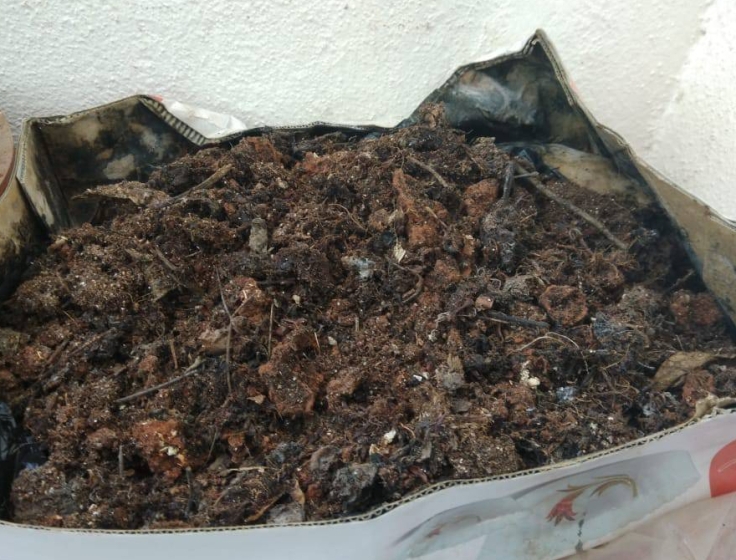 This is the most simplest and easiest way to make a compost/manure, without much additional inputs.  And the kitchen wastes can be used efficiently. It won’t stink. And there are no worms coming out of the compost when it is ready.